More than two thousand years ago, a man in a market in Athens, Greece, was staring at the display of goods hanging from the store by each person. One of the people who saw him asked, “What are you looking for?” Then he asked, “Is it really necessary to look at the material that people really need?” The answer was Greek philosopher ‘Socrates (469-399 BCE).’

From a socialist point of view, he seems to be obsessed with materialism. It did not seem to have been a passion for material things throughout his life. In history, we read that we wear dirty clothes and walk on barefoot.

Today, material things are growing, based on technological progress. Various high-end cars A variety of clothing; Different Smartphones There are many different types of foods, and so on. Each day is something new. For the mind of man is the desire of new things; I want to use something new in my surroundings. I want to talk about my friends. I’d rather compete than go with it. Therefore, the craving for material things is increasing day by day. Even with that, most people struggle most of the time. 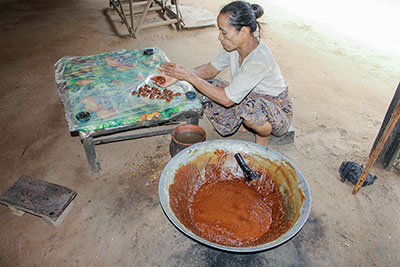 The other is the dominance of the ego. Growing up in my ego, love diminishes. Even two lovers fall in love until they kill and kill each other. The boy asked the girl to give him acid and water. The girl has heard reports that contradict the character of love by stabbing the boy with a knife. Even those who are in love with each other have become so cruel. Even love has been the color of the times.

In fact, the ego is more than the love itself. I believe that life belongs to me; I have to be what I want to be. These ego masks love. It is money ego. I remember a piece of poetry by poet Poe Nyein. “I’m released. I’m free! ” When others cling to life, those who do not truly escape will be themselves. It hurts only to have a  grip on a string. When relaxed, you will be free from the pain. It is important that we do not cling to everything on our own for freedom. If you want to escape, release.

There is a popular fictional story among young people today about love. It is a fictionalized version of Shakespeare’s Theologian. Romero and Julius are portrayed as heroes of love. When it comes to this story, neither does it work for two lovers either. It was just madness. Shakespeare’s authors wrote that Shakespeare wrote the story because he wanted to make fun of young lovers of the time. Wrong idea They are wrong. It is important that you do not make a mistake. 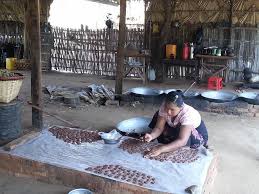 There is a way to catch monkeys in Africa. That way, he made a hole in the top of a coconut. It was just a monkey’s hand. Then pour out the coconut water, pour it in, and add two stones. Then the coconut was placed in a place where monkeys could see. When he saw the coconut, the monkey came down from the tree and slammed his hand into the hole. The palm in the hand is grasped by the hand and then is pulled out of the hole. But because of the fists that cling to the lead, the hole cannot stay out of the hole. The monkeys that graze on the tree cannot return to the coconut and the tree. Then the monkey catcher quickly got caught.

If the monkey were to pluck and release the lead, it would be possible to release the hand from the coconut hole and return to the plant. Unable to release plum, he was caught by a monk. We too are holding on to something if we are having a hot afternoon. It is because the greedy or the ego does not give up. If you want to be released, you must be released.