More than 12 million children have been vaccinated against Japanese meningitis

More than 12 million children have been vaccinated against Japanese meningitis

The Ministry of Public Health’s Deputy Director of Public Health Dr Aung Kyaw Moe said today that the Japanese measles vaccine has been distributed in communities / villages since November 11.

Aung Kyaw Moe, deputy director of the Public Health Department, said about three and a half million children had been vaccinated so far, but not one child died after being vaccinated.

“Until yesterday, we got as far as 79%, but in some far away place, we believe there yet, as far as 79% of the 3 million died of news, Community Driven We strongly player no longer has a child in the township, Sagaing Division, about the next vaccination When you watch them go without vaccines regardless, inflammation of the gastrointestinal tract and other infections certainly has laughing. ” 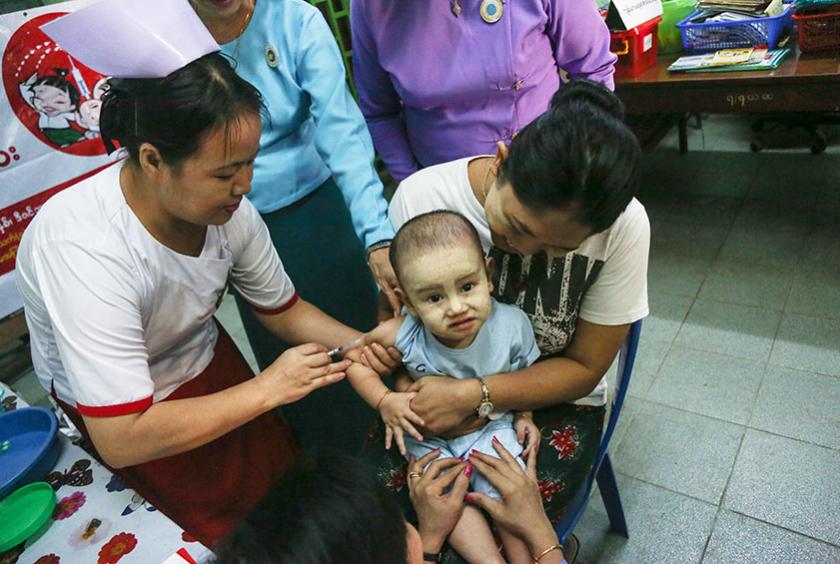 The school-based immunization program, which provided vaccines to about 8.6 million children between November 15 and 23, has now been vaccinated to more than 12 million children.

Aung Kyaw Moe said the five children were killed in the school-based vaccinations, but that no vaccine had been found in the investigation.