The European Union (EU) will contribute 3 million euros (4.9 billion kyats) to strengthen parliamentary oversight in public spending. The launch of the SHWEBO project was held at the Park Royal Hotel in Nay Pyi Taw on November 16.

The project will spend 3 million euros to help lawmakers in Myanmar improve their control over public spending over the next four years.

“Therefore, through the SHWEBO project, the Union level, the Union level in Myanmar. Through this SHWEBO project, it will enhance the capacity of members of the public statistics committee, including representatives of the regional and state assemblies, to make informed decisions in the distribution of public funds and to make effective public services effective. “It will be delivered,” said Kristian Schmidt, EU Ambassador to Myanmar.

The committee said government policies are working to improve the capacity of the committee to reach the highest possible level of public access.

“Trying to improve the performance of our parliament is a mistake,” he said. Not to blame. This is aimed at furthering the process of reconciliation between the government and parliament and the transparency of the budget, which will bring the best results to the people through it, ”Aung Min said. 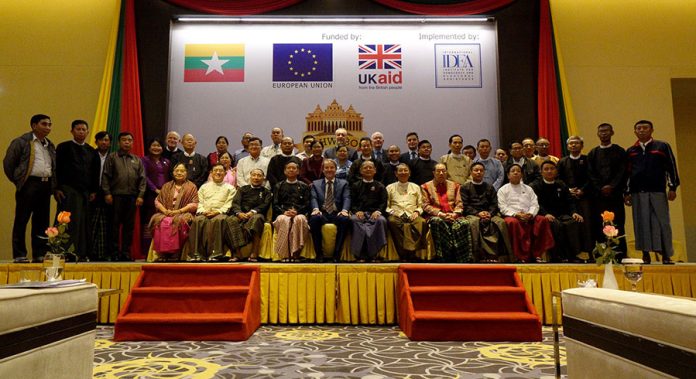 “In other words, programs that promote the essence and responsibility of democracy are more likely. It will help the government achieve its goals and objectives more effectively. Health; “The SHWEBO project is a project that will enhance public financial management capacity,” said Maung Maung Win, adding that education expenditure will be increased annually and the other side will be working through a budget deficit.